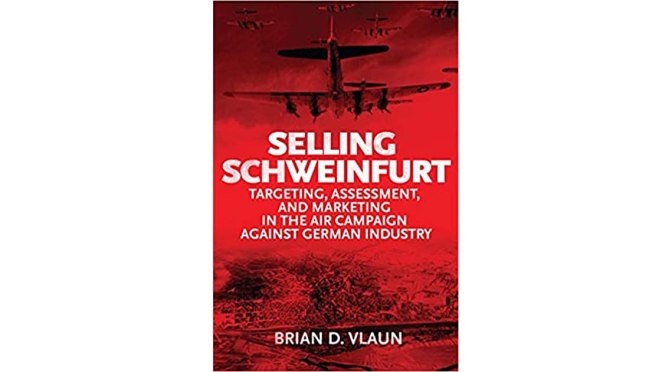 We can wreck Berlin from end to end if the U.S.A.A.F. will come in on it [US Army Air Forces, not an independent service unitil 1947]. It will cost us between 400 and 500 aircraft. It will cost Germany the war.

Not quite. The USAAF had suffered grievous, unsupportable losses with its daylight attacks earlier that year, many without fighter escort over target (including the Schweinfurt/Regensburg raids noted below). So it stayed out while the RAF blasted Berlin by night for months over the winter. With heavy losses and nothing like decisive results. In fact the number of civilians killed may not have been all that much greater than aircrew losses, see here and here.

(It is noteworthy that Royal Canadian Air Force squadrons in No. 6 Group with Bomber Command suffered over 10,000 dead of the command’s 55,000 total. That was almost one quarter of all Canadian military fatalities during the war, note mention of the Battle of Berlin at the immediately preceding link.)

2) Then see this from General “Hap” Arnold, Commanding General of the USAAF, in June 1943 (p. 138, Selling Schweinfurt by USAF Colonel Brian D. Vlaun):

It is important for the people to understand that our prime purpose is destruction of the enemy’s [Germany’s] ability to wage war, by our planned persistent bombing and sapping of his vital industries, his transportation, and his whole supply system…it will win the war and save perhaps millions of lives which otherwise would be sacrificed in bloody ground combat…

The book itself is a very good account, based on primary sources, of the the development of strategic bombing doctrine, the formulation of targeting policy and the use and misuse of intelligence on which it was intended to be planned. executed and refined, the difficulties of bomb damage assessment, and assorted intra-and inter-service disputes and conflicts about the on-going conduct of the campaign. (With regard to bomb damage assessment a brilliant young WAAF (British Women’s Auxiliary Air Force) photo interpreter, Flight Officer Constance Babington Smith, enjoys a prominent cameo role–pp. 159-60 and elsewhere.)

UPDATE: Very good review of the book that came out after this post:

Plus an earlier post inspired by a 2016 article in an academic journal by Lee Lacy, Assistant Professor at the U.S. Army Command & General Staff College:

Movie “Command Decision” and US Strategic Bombing vs Germany, 1943

It focuses not on combat as such but on the United States Army Air Forces’ determination in 1943 to preserve its policy of strategic daylight precision bombing (the RAF believed in area bombing at night) despite growing doubts about that policy in Washington given the grave losses being suffered [the movie deals in a fictional way with the Schweinfurt/Regensburg attacks, see here and here]…

In the photo at the top of the “Command Decision” post Brian Donlevy is the brigadier general holding the model Me-262 in his left hand (though the fighter has a different name, see bottom right of the chart in front of the generals). The movie is on Turner Classic Movies from time-to time.