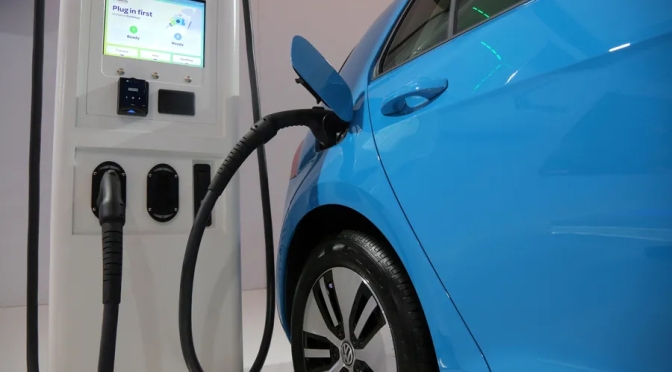 (Caption for photo at top of the post: “Last year, Canada declared lithium a critical element – essential to the economy. But if the country is to become a player during lithium 2.0, it will take a lot more than news releases and politicians uttering bromides.Chris Helgren/Reuters”.]

now excerpts from a major article at the Globe and Mail:

A global move to zero-emissions electric vehicles is fuelling a once-in-a-generation boom in lithium, a critical component in EV batteries. But Canada is struggling to establish a foothold in one of the world’s most vital minerals as China’s vise grip on global supplies tightens.

Canada has already had one kick at the lithium can, and it wasn’t pretty. About five years ago, lithium prices exploded based on unrealistic anticipated EV demand. Then prices crashed to earth in 2019 and 2020.

Lithium 1.0 ended badly for one high-profileand hugely ambitiousCanadian company in particular: Nemaska Lithium Inc., which was financially backed by the Quebec government, but then had to seek creditor protection in late 2019. It was almost a textbook case of what can go wrong when governments race to invest in a hot new sector, only to get slammed when the bubble bursts.

But now the price of the silvery white, super light metal is again on a tear, and trading atrecord levels. M&A activity is booming, with Canadian development companies in the crosshairs. EV sales are rising exponentially, and with more stringent global commitments to reduce carbon emissions made at last year’s COP26 climate summit in Glasgow, demand for lithium ion batteries is expected to increase over the next decade – and keep growing…

Canada talks a big game when it comes to battery metals, with pronouncements from politicians such as Ontario Premier Doug Ford that his province is set to become a global EV supply chain hub [see this post: “The EV Age, or, the Dream of Ontario Assembly Plants for them and their Batteries“]. But the reality is very different. In fact, there are no lithium mines, no lithium processing facilities and no lithium ion battery makers in Canada. The country is a minnow compared to the United States, Australia and especially China.

Virtually unique among the world’s biggest lithium players, China mines, processes and feeds the metal directly to domestic battery makers, who then sell to Chinese EV makers. Because the entire supply chain is located in one place, China’s costs are much lower than anywhere else.

China also has a global lock on refining, with about two-thirds of lithium mined in the West shipped there for processing. The dynamic has seen true industry giants emerge. China’s Contemporary Amperex Technology Co. Ltd., a do-it-all lithium company, has a stock market value of US$206-billion. That’s 57 times bigger than Vancouver-based Lithium Americas Corp., which is aiming to bring a mine in Nevada and two in Argentina into production.

Last year, Canada declared lithium a critical element – essential to the economy. But if the country is to become a player during lithium 2.0, it will take a lot more than news releases and politicians uttering bromides. It will take billions of dollars in funding, massive reductions in regulatory red tape and long-term strategic thinking from the highest levels of government…

While China is sprinting toward the finish line in the global lithium race, Canada is stuck in the starting blocks. Canada is home mainly to early-stage lithium exploration companies, many of which have assets abroad. A handful of those companies have projects that could start production in a few years, but many are a decade or more out from that milestone – if they ever make it [emphasis added].

….as the Nemaska experience shows, establishing a new lithium supply chain takes a long time, and requires big financial bets over the long term. Success is far from a sure thing, and who will pay for much-needed infrastructure such as processing plants is unclear. Government funding for lithium has come mainly from Quebec so far. Ottawa has shown little interest in committing the billions that may be necessary.

…Ontario recently unveiled plans for establishing an electric battery infrastructure that contained no new funding whatsoever. Despite that, Mr. Ford expressed confidence Ontario can attract as many as three battery plants by 2030.

The Mining Association of Canada’s Mr. Marshall thinks that goal is pie in the sky. U.S. auto makers, he points out, are choosing their home country for battery plants, in large part because of huge government financial incentives [emphasis added]…

While Canada hopes to stimulate investment in battery metal infrastructure, it also has responsibility for protecting the small contingent of homegrown lithium companies that already exist. The federal government already vets any takeover deal of a Canadian company by a foreign buyer on national security grounds. If Ottawa suspects the transaction is a threat to national security, a deal undergoes a formal review under Section 25.3 of the Investment Canada Act (ICA).

Last year, Ottawa sent a strong signal of intent when it nixed Chinese state-controlled Shandong Gold Mining Co. Ltd.’s attempted takeover of Canadian gold miner TMAC Resources Inc. That transaction was kiboshed because the gold mine in question is on strategically sensitive land in the Arctic.

Still, despite ostensibly taking a tougher stance against foreign takeovers, the federal government is not practising what it preaches. The Globe and Mail reported this week that Ottawa recently gave the go-ahead for state-owned Zijin Mining Group Co. Ltd. of China to acquire Canadian lithium development company Neo Lithium Corp. without conducting a formal security review.

The decision surprised some security experts who had predicted the deal would be closely scrutinized against the backdrop of fears about supply of the critical mineral in Canada, and concerns over the potential loss of intellectual property to China. Toronto-based Neo Lithium is developing a project in Argentina. In an era when Canada’s weakness in lithium has become glaringly obvious, scrutiny over Ottawa’s future vetting of foreign acquisitions is only expected to intensify.

It seems our governments, and perhaps some of our companies, are still living in a technicolor fantasy world. And one shudders at the likely massive government subsidies (federal and provincial) that will be needed even to give Canada a hope of playing seriously in this brave new mineral world.